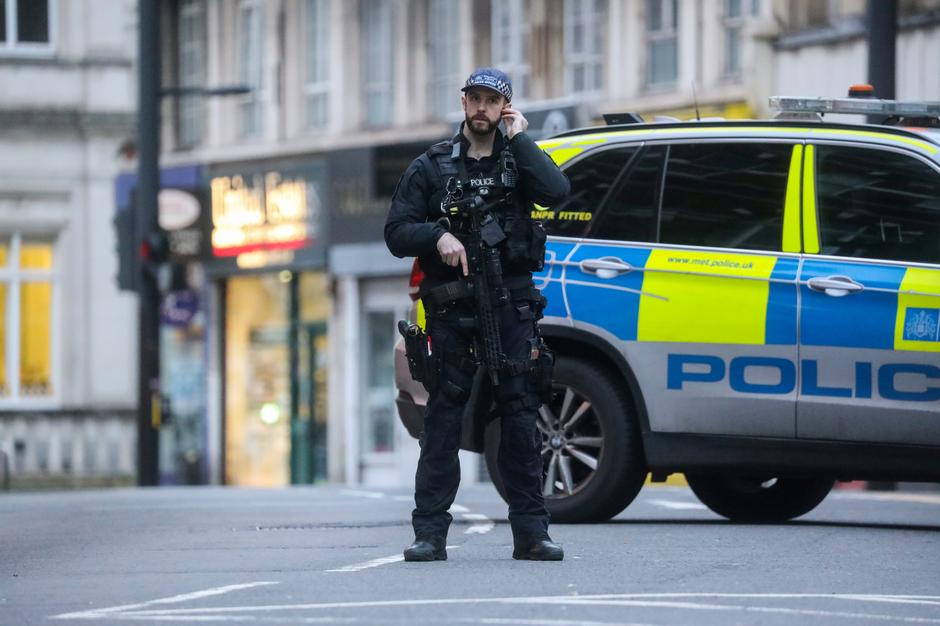 LONDON (Reuters) – Police shot a man in south London on Sunday after several people were believed to have been stabbed in what police described as a terrorism-related incident.

“A man has been shot by armed officers in Streatham (south London). At this stage it is believed a number of people have been stabbed. The circumstances are being assessed; the incident has been declared as terrorist-related,” the police said on Twitter.

Several videos of the scene were posted on Twitter, but not verified by Reuters. In one, a man can be seen lying on the ground of a shopping street and at least two armed police officers are pointing their guns from behind an unmarked car with its blue lights flashing.

Another video showed helicopters overhead and police cars in the surrounding streets.

The last such incident in London was in November, when police shot dead a man wearing a fake suicide vest who stabbed two people to death and wounded three more before being wrestled to the ground by bystanders. Authorities called that a terrorist attack.